All Hay Is Not Created Equal

Find this article at:
go.ncsu.edu/readext?702025
— Written By Micah Orfield 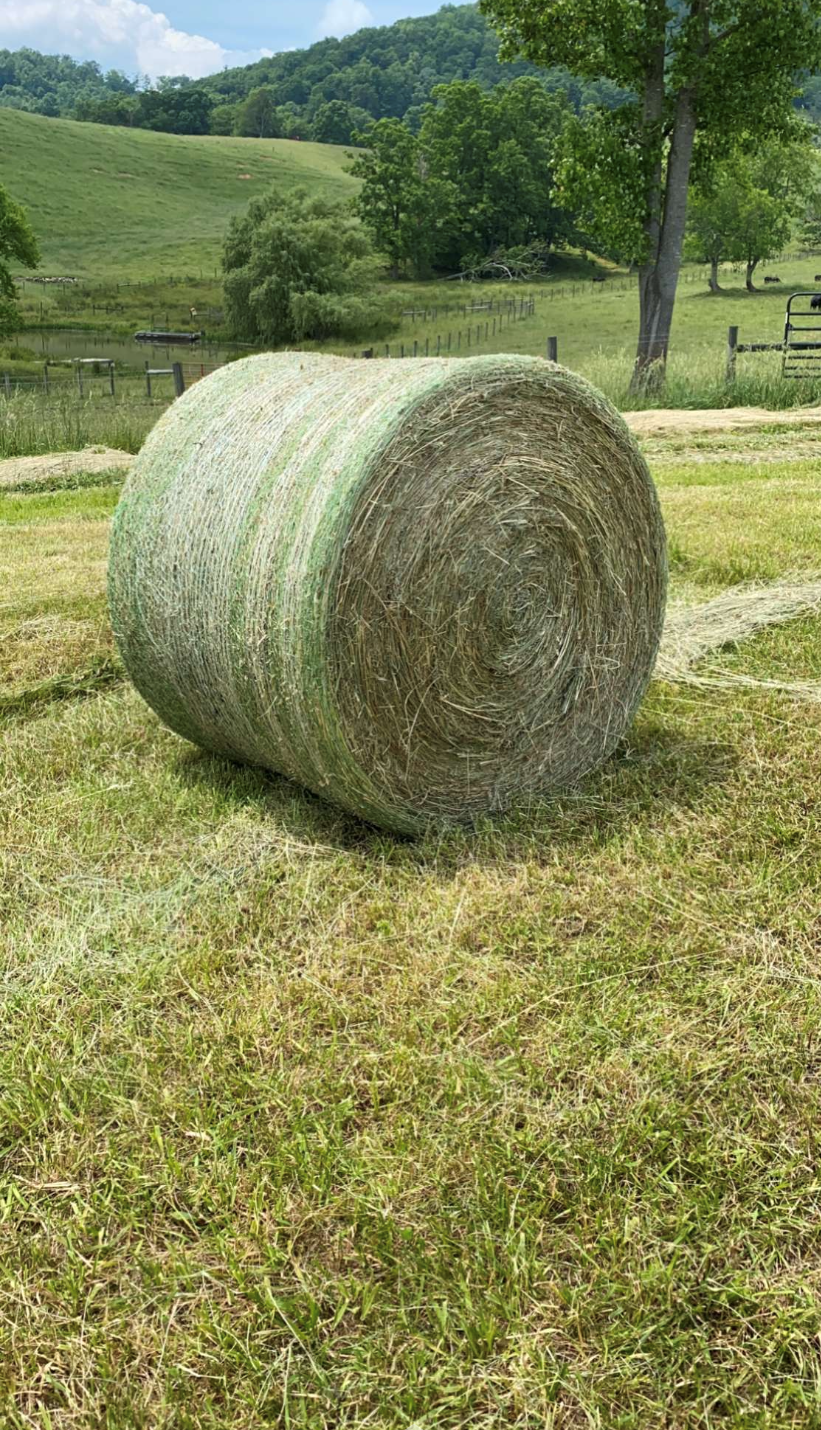 Ashe County experienced a beautiful hay week early in the season. As the rain sets back in and July inches closer grass will continue to mature. Mature hay is high in Lignin, which ruminants (cows, sheep, goats) cannot digest. Hay that is high in Lignin and low on nutrients will starve an animal even though it may be standing at the ring eating. Wet hay will continue to heat, producing bacteria and mold. This hay may become trampled and wasted. Most of us cannot afford to lose any hay after a year where fields may have been short on yield or rainy weather made it impossible for second cutting to go up. There are approximately 105 feeding days of winter left and chances are some heavy snow to go along with it.

According to Texas A&M, an average 4×4 roll of hay will weigh about 563 pounds, an average 4×5 roll about 880 pounds, and an average 5×5 roll about 1,100 pounds. This may not always be the case based on how dense the bales are rolled and type of baler used. The moisture level at which the hay is baled will also affect the weight. During a previous meeting, round bales were brought in from three different farms and weighed. All of the hay weighed was dry hay. The 4×4 bale weighed 580 pounds, the 4×5 bale weighed 980 pounds, and the 5×5 bale weighed 880 pounds. This demonstrates how bale weights can vary and I would encourage you to have a bale or two weighed so that you know how many pounds of hay are in the roll. This is a service the North Carolina Cooperative Extension, Ashe County Center can offer you.

Is the hay you have on hand meeting the nutritional requirements of your herd or flock? In order to know the nutrient content of your hay and ensure your livestock are fed adequately, you can have your hay tested. Hay testing requires about a gallon of hay and a $10 lab fee. The hay sample is sent to the North Carolina Department of Agriculture and Consumer Services for testing. Please contact the N.C. Cooperative Extension of Ashe County office if you would like more information about hay testing.